A REVIEW OF THE FOUR ANNUAL ORIGINAL FINE ARTS PROJECTS from...

The 1st Fine Arts Theory Designer Series officially started in January 2014. It was divided into five separate categories according to the four Season of the year and with a Christmas/Kwanzaa Holidays Season Finale. This is a thematic annual series based on a specific creative idea.

The Designer Art Signature Series officially started in March 2015. There are only twelve collage paintings made per year of any person, place or thing I want to paint on any given day.

The new 365° Fine Arts Series will be painted with Crayola products on watercolor paper. There will only be one original image made per year with 365 signed giclee prints. The first limited edition collectors set will include 45 individual drawings of important global news since 1970 to 2015, presented in a keepsake album. This new 365° series will be available for purchase in November 2017.

There will also be a new 'Black Woman Beautiful' stationary series starting in June 2017. This new series will represent Black African American Women of all shapes and shades dressed in colorful fashion clothing styles and looking their BEST!

1. We Love Our Humanity

ZOOM IN AND FOCUS ON YOUR GOALS, CREATIVE TALENTS AND YOUR BLESSINGS FROM THE LORD GOD ALMIGHTY! 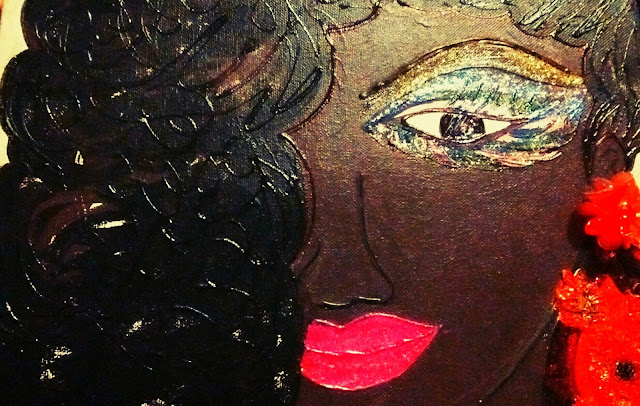