Find a Board Certified Neurosurgeon

Scoliosis is an abnormal lateral curvature of the spine. It is most often diagnosed in childhood or early adolescence. The spine's normal curves occur at the cervical, thoracic, and lumbar regions in the so-called “sagittal” plane. These natural curves position the head over the pelvis and work as shock absorbers to distribute mechanical stress during movement. Scoliosis is often defined as spinal curvature in the “coronal” (frontal) plane. While the degree of curvature is measured on the coronal plane, scoliosis is actually a more complex, three-dimensional problem which involves the following planes:

Scoliosis affects 2-3 percent of the population, or an estimated 6 to 9 million people in the United States. Scoliosis can develop in infancy or early childhood. However, the primary age of onset for scoliosis is 10-15 years old, occurring equally among both genders. Females, however, are eight times more likely to progress to a curve magnitude that requires treatment. Every year, scoliosis patients make more than 600,000 visits to private physician offices, an estimated 30,000 children are fitted with a brace, and 38,000 patients undergo spinal fusion surgery.

There are several signs that may indicate the possibility of scoliosis. If you notice one or more of the following signs, you should schedule an appointment with a doctor.

In one study, about 23 percent of patients with idiopathic scoliosis presented with back pain at the time of initial diagnosis. Ten percent of these patients were found to have an underlying associated condition such as spondylolisthesis, syringomyelia, tethered cord, herniated disc, or spinal tumor. If a patient with diagnosed idiopathic scoliosis has more than mild back discomfort, a thorough evaluation for another cause of pain is advised.

Scoliosis is usually confirmed through a physical examination, an x-ray, spinal radiograph, CT scan or MRI. The curve is measured by the Cobb Method and is diagnosed in terms of severity by the number of degrees. A positive diagnosis of scoliosis is made based on a coronal curvature measured on a posterior-anterior radiograph of greater than 10 degrees. In general, a curve is considered significant if it is greater than 25 to 30 degrees. Curves exceeding 45 to 50 degrees are considered severe and often require more aggressive treatment.

A standard exam that is sometimes used by pediatricians and in grade school screenings is called the Adam's Forward Bend Test. During this test, the patient leans forward with his or her feet together and bends 90 degrees at the waist. From this angle, any asymmetry of the trunk or any abnormal spinal curvatures can easily be detected by the examiner. This is a simple initial screening test that can detect potential problems, but cannot determine accurately the exact type or severity of the deformity. Radiographic tests are required for an accurate and positive diagnosis.

Scoliosis in children is classified by age: 1) Infantile (0 to 3 years); 2) Juvenile (3 to 10 years); and 3) Adolescent (age 11 and older, or from onset of puberty until skeletal maturity). Idiopathic scoliosis comprises the vast majority of cases presenting during adolescence. Depending on its severity and the age of the child, scoliosis is managed by close observation, bracing, and/or surgery.

Scoliosis that occurs or is diagnosed in adulthood is distinctive from childhood scoliosis, since the underlying causes and goals of treatment differ in patients who have already reached skeletal maturity. Most adults with scoliosis can be divided into the following categories: 1) Adult scoliosis patients who were surgically treated as adolescents; 2) Adults who did not receive treatment when they were younger; and 3) Adults with a type of scoliosis called degenerative scoliosis.

Degenerative scoliosis occurs most frequently in the lumbar spine (lower back) and more commonly affects people age 65 and older. It is often accompanied by spinal stenosis, or narrowing of the spinal canal, which pinches the spinal nerves and makes it difficult for them to function normally. Back pain associated with degenerative scoliosis usually begins gradually, and is linked with activity. The curvature of the spine in this form of scoliosis is often relatively minor, so surgery may only be advised when conservative methods fail to alleviate pain associated with the condition.

When there is a confirmed diagnosis of scoliosis, there are several issues to assess that can help determine treatment options:

After these variables are assessed, the following treatment options may be recommended:

In many children with scoliosis, the spinal curve is mild enough to not require treatment. However, if the doctor is worried that the curve may be increasing, he or she may wish to examine the child every four to six months throughout adolescence.

In adults with scoliosis, x-rays are usually recommended once every five years, unless symptoms are getting progressively worse.

Braces are only effective in patients who have not reached skeletal maturity. If the child is still growing and his or her curve is between 25 degrees and 40 degrees, a brace may be recommended to prevent the curve from progressing. There have been improvements in brace design and the newer models fit under the arm, not around the neck. There are several different types of braces available. While there is some disagreement among experts as to which type of brace is most effective, large studies indicate that braces, when used with full compliance, successfully stop curve progression in about 80 percent of children with scoliosis. For optimal effectiveness, the brace should be checked regularly to assure a proper fit, and may need to be worn 16 to 23 hours every day until growth stops.

In children, the two primary goals of surgery are to stop the curve from progressing during adulthood and to diminish spinal deformity. Most experts would recommend surgery only when the spinal curve is greater than 40 degrees and there are signs of progression. This surgery can be done using an anterior approach (through the front) or a posterior approach (through the back) depending on the particular case.

Some adults who were treated as children may need revision surgery, in particular if they were treated 20 to 30 years ago, before major advances in spinal surgery procedures were implemented. Back then, it was common to fuse a long segment of the spine. When many vertebral segments of the spine are fused together, the remaining mobile segments assume much more of the load and the stress associated with movements. Adjacent segment disease is the process in which degenerative changes occur over time in the mobile segments above and below the spinal fusion. This can result in painful arthritis of the discs, facet joints, and ligaments.

In general, surgery in adults may be recommended when the spinal curve is greater than 50 degrees and the patient has nerve damage to their legs and/or is experiencing bowel or bladder symptoms. Adults with degenerative scoliosis and spinal stenosis may require decompression surgery with spinal fusion, and a surgical approach from both the front and back.

A number of factors can lead to increased surgical-related risks in older adults with degenerative scoliosis. These factors include: advanced age, being a smoker, being overweight, and the presence of other health/medical problems. In general, both surgery and recovery time are expected to be longer in older adults with scoliosis.

Posterior approach: The most frequently performed surgery for adolescent idiopathic scoliosis involves posterior spinal fusion with instrumentation and bone grafting. This is performed through the back while the patient lies on his or her stomach. During this surgery, the spine is straightened with rigid rods, followed by spinal fusion. Spinal fusion involves adding a bone graft to the curved area of the spine, which creates a solid union between two or more vertebrae. The metal rods attached to the spine ensure that the backbone remains straight while the spinal fusion takes effect.

This procedure usually takes several hours in children, but will generally take longer in older adults. With recent advances in technology, most people with idiopathic scoliosis are released within a week of surgery and do not require post-surgical bracing. Most patients are able to return to school or work in two to four weeks post surgery and are able to resume all pre-surgical activities within four to six months.

Anterior approach: The patient lies on his or her side during the surgery. The surgeon makes incisions in the patient's side, deflates the lung and removes a rib in order to reach the spine. Video-assisted thoracoscopic (VAT) surgery offers enhanced visualization of the spine and is a less invasive surgery than an open procedure. The anterior spinal approach has several potential advantages: better deformity correction, quicker patient rehabilitation, improved spine mobilization, and fusion of fewer segments. The potential disadvantages are that many patients require bracing for several months post surgery, and this approach has a higher risk of morbidity – although VAT has helped to reduce the latter.

Decompressive laminectomy: The laminae (roof) of the vertebrae are removed to create more space for the nerves. A spinal fusion with or without spinal instrumentation is often recommended when scoliosis and spinal stenosis are present. Various devices (like screws or rods) may be used to enhance fusion and support unstable areas of the spine.

Minimally invasive surgery (MIS) : Fusion can sometimes be performed via smaller incisions through MIS. The use of advanced fluoroscopy (x-ray imaging during surgery) and endoscopy (camera technology) has improved the accuracy of incisions and hardware placement, minimizing tissue trauma while enabling a MIS approach. It is important to keep in mind that not all cases can be treated in this manner and a number of factors contribute to the surgical method used.

The benefits of surgery should always be weighed carefully against its risks. Although a large percentage of scoliosis patients benefit from surgery, there is no guarantee that surgery will stop curve progression and symptoms in every individual.

This is a video demonstration of how surgery is done to correct scoliosis. There are several different techniques, back braces and physical therapy procedures that can be used according to each individuals spinal curve. Always consult a ORTHOPAEDIC DOCTOR AFTER HAVING SURGERY FOR ALL OF YOUR FOLLOW-UP BACK CARE!
https://www.youtube.com/watch?v=ztg7hzVgQrw&feature=youtube_gdata_player 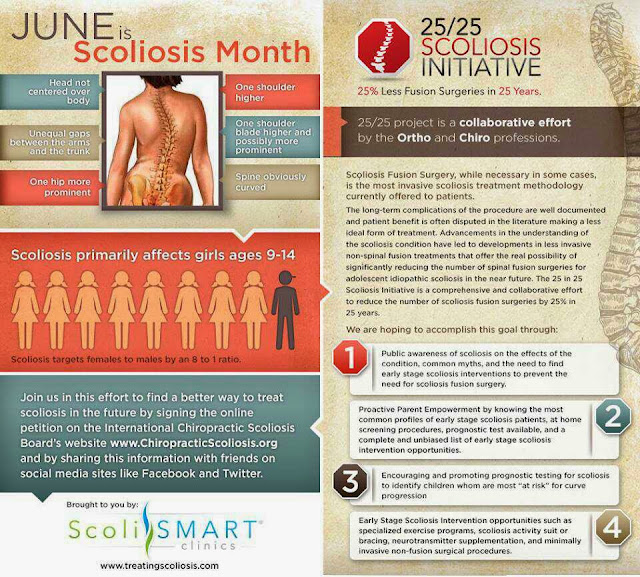 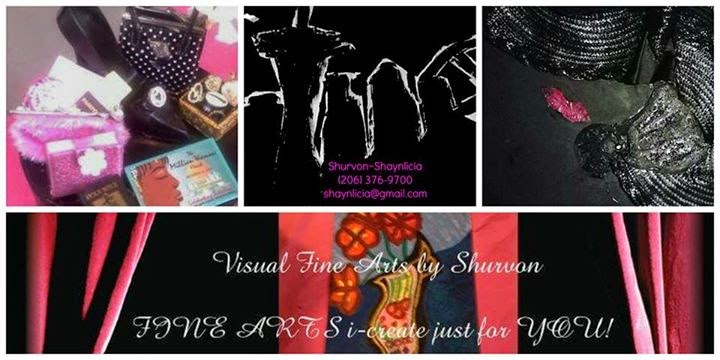